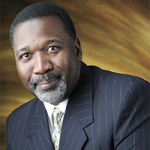 Dr. Mikel Brown is an author, entrepreneur, restaurateur, and life & business coach to business leaders, professional athletes and coaches. Additionally, he a religious mentor to countless church leaders across this nation, as well as a leader to numerous affiliated churches throughout the southwest region. He is also the Founder & CEO of Power Communications Network, a business empowerment model he developed to equip like-minded business owners with the necessary tools to succeed in business. Through Power Communications, Dr. Brown conducts information-packed business and motivational summits around the country for aspiring entrepreneurs.

Originally from Chicago, Dr. Brown has raised six children and has established numerous business ventures over the course of his more than thirty years living in El Paso. According to Dr. Brown, “Failing will teach you more about life than an endless procession of victories ever will.” With certainty, he admits that he now knows what it takes to succeed in life and in the city of El Paso.

Like so many other non-native residents, he came to El Paso by way of the US Army, back in the mid-1970’s. After being honorably discharged, he decided to make El Paso his home because, as he states, “I just fell in love with this oasis in the desert.”

Upon departing the military, he began selling insurance for a local agency, and half a year later he was promoted to General Agent, running his own insurance agency in the then ABC Bank in downtown El Paso. Although he enjoyed a great deal of financial success in that industry, he left because of a desire to pursue other opportunities.

He authored and self-published his first book in the mid-90's, and to date he has a total of 14 books in print. You can find his latest release, Unexpected Treasures, in Barnes & Noble bookstores or online at Amazon.com.

Additionally, Dr. Brown is a Professional Licensed Clinical Counselor with more than 28 years of experience.

As founding owner, Dr. Brown recently celebrated the grand opening of Chi-Town BBQ restaurant at Freedom Crossing on Fort Bliss, Texas. According to Dr. Brown, “This location marks the first in a string of restaurants to go up all across the nation. The Fort Bliss community has welcomed us warmly, and we hope to go in other military installations in the near future.”

Add Dr. Brown to your circles, here is his Google+ profile

How To Fix Your Marriage